The Travel Doctor is located on the first floor of The Hamilton Port Authority Building close to Hamilton Harbour (formerly called Burlington Bay).

Built in 1953, the waterfront building is an easy-to-spot, historical landmark that features Art Deco architecture and a stone sculpture carved by Louis Temporale.

The Port of Hamilton

The Hamilton Harbour Commission was created in 1912. At the same time, two major steel mills had begun setting up operations in the city.

The steel boon established the Port of Hamilton as critical for industrial and commercial development in the region, and gave rise to Hamilton’s nickname “Steelcity.”

The Hamilton port is the busiest of all Canadian ports located on the Great Lakes. Each year it manages more than 12 million tons of cargo and receives more than 700 vessels. 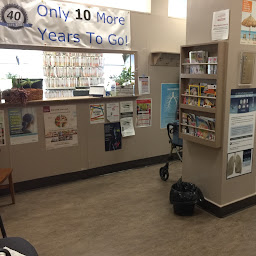 A W
Great doctor! He's very helpful and listens to my concerns. I've known him my whole life (he delivered me). So it's nice to have that comfort and rapport.